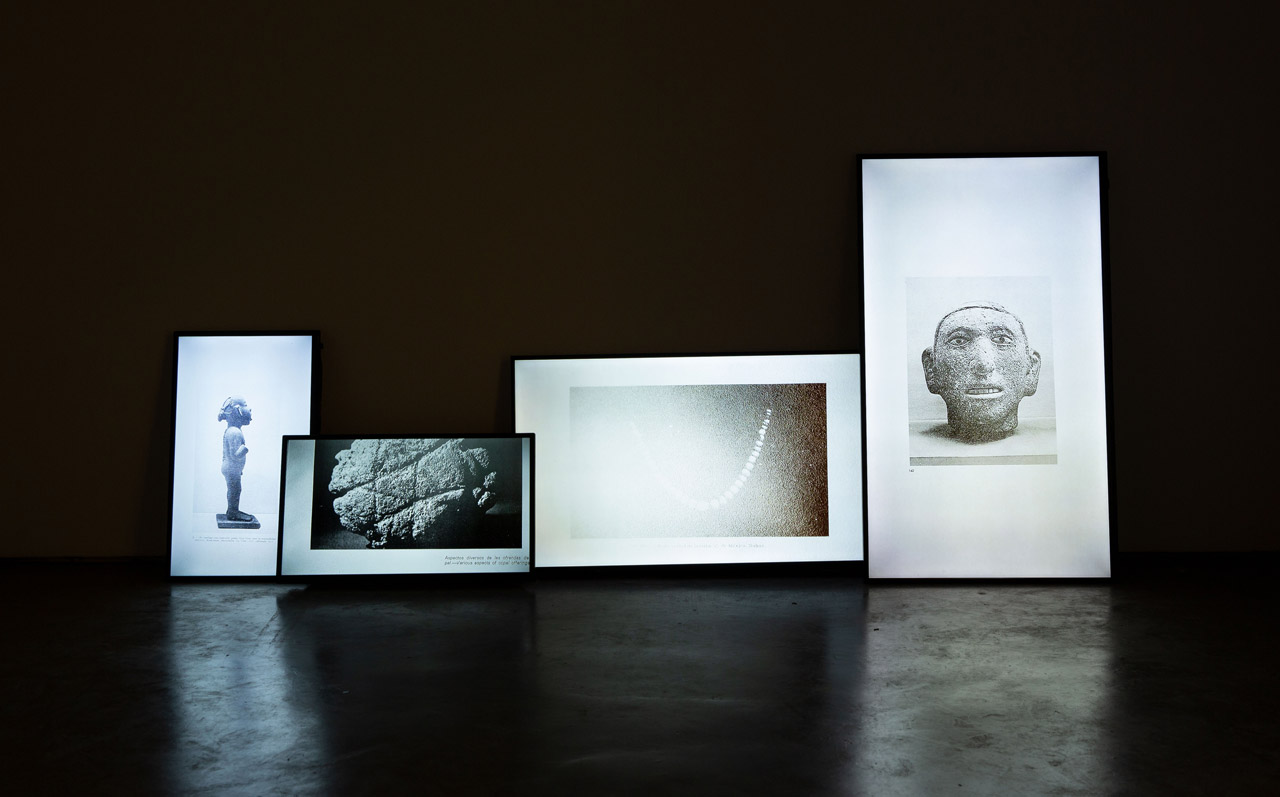 Madrilenian artist Luis Úrculo (1978) presents this September at Max Estrella his second solo exhibition ‘Paisajes intuidos pt. 2’, a journey around the architecture of what we do not see when visiting an archaeological site. Just as in criminology and astronomy, there are always pieces that remain hidden and need to be interpreted in order to finish the puzzle of knowledge.

Úrculo, who lives between Mexico City and Madrid, has visited numerous ruins in Mexico and has soaked himself in archaeological literature in order to articulate the exhibition. Among his findings is the idea of leaving things just as they are, allowing them to integrate in landscape themselves in a natural way. How would a mural or a pyramid be if it would have been left to be? The artist rekindles the same material that makes up the ruins for his pieces, clay from Oaxaca, in order to carry out the ‘anti-gesture’ or the ‘non-action’ and put on top of the table how these objects would look like if these spaces were not manipulated, excavated, removed; just as if the landscape would have left to freely draw itself, sculpted only by time.

A great part of this job has been developed during his time at Casa Wabi, the well-known artistic residence created by Bosco Sodi, in the Oaxaca coast, where he worked for the first time with clay pieces, cooking them in local artisan ovens. Aside from these pieces he is also presenting videos that bury images of excavations, silencing this information under a veil of color through spray, assimilating this gesture to the passing of time.

The entire project has this idea of accumulation, of strata. “The earth is a material and a unit of time, it is accumulated and pushes all that is beneath it, which can be knowledge, object, matter, memory…”