The whole is greater than the sum of the... 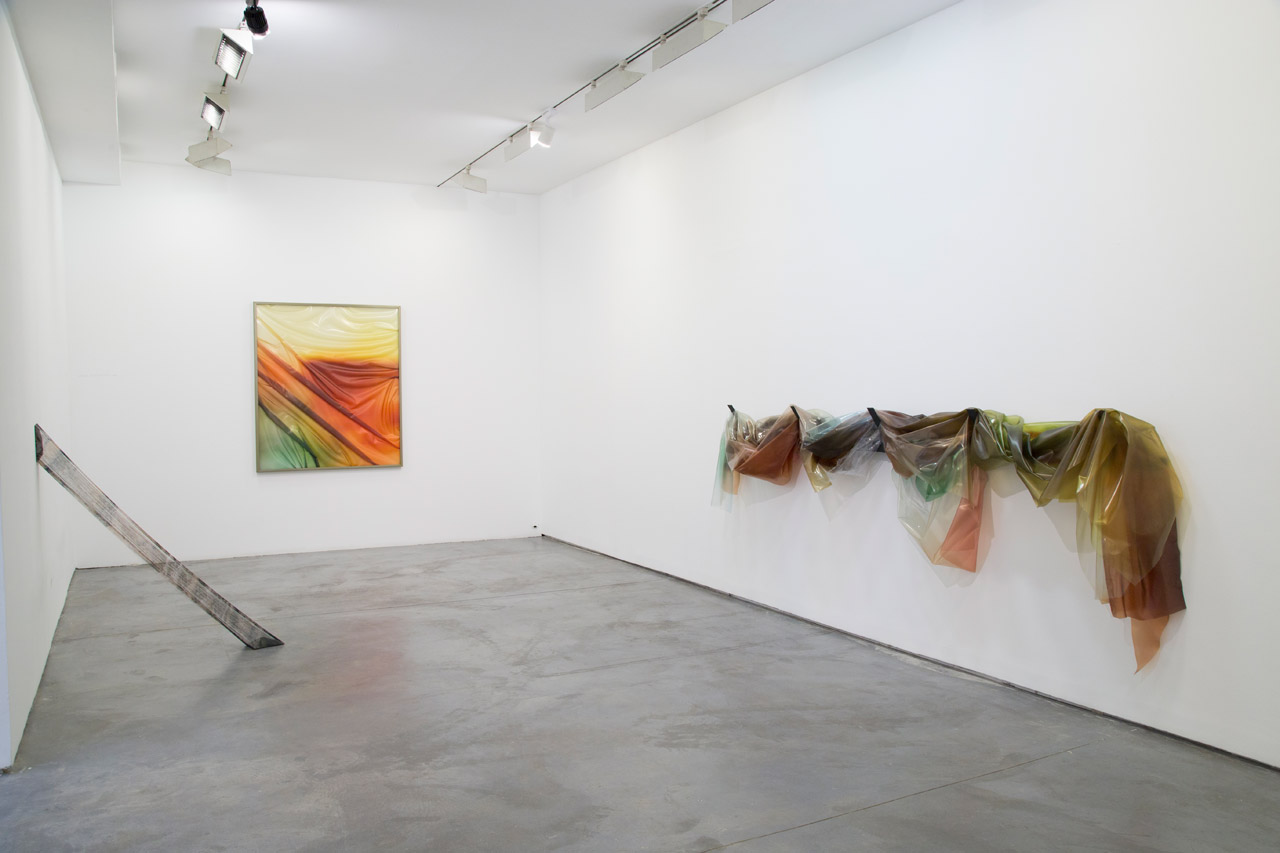 The whole is greater than the sum of the parts

Max Estrella is delighted to present the work of Leyla Cárdenas, Inma Femenía, and Hisae Ikenaga together in a group show titled The whole is greater than the sum of the parts. The pieces selected are mainly three-dimensional, and reflect on the relationship between art’s materiality and the perception of it by the viewer.

The artwork exhibited is theoretically grounded on Robert Morris’ writings titled Notes on Sculpture and Anti Form, which were published in ArtForum between 1966 and 1969. Applied in these articles, psychoanalysis and humanist Gestalt postulates alongside the term Anti-Form serve to draw a train of thought in this show. As academic foundations, they showcase materials as bridges to the process of conception and production of the work. They are capable of facilitating an entire perception of the creative process. Heterogeneity or indetermination of the parts is not an obstacle to perceive the art piece as a whole. Shared elements in Cárdenas, Femenía, and Ikenaga’s practice are the appropriation of objects, which had a prior functionality, as well as the effect of time on the phase of creation and on materials. These parameters provide the keys for an immediate, unitary, and free experience of perception.

Leyla Cárdenas presents two three-dimensional installations titled Mutual Dissolution and Under Other Conditions. They are exceptional representatives of Cárdenas’ discursive priorities regarding time and memory. The silk polyester fiber serves as a printing medium for images of abandoned human constructions, or cuts of terrain in quarries, to be unraveled afterwards.

The terrain strata, as well as a forgotten edification, signify a tangible world impacted by time. Time materializes in the process of production of the work, when Cárdenas undoes the fabric and stages its impact on matter. Fiber is then exposed to gravity, which reinforces the idea of an ephemeral reality. Her video titled Interpretation of deep time is also part of the exhibition. “This world with all of its details has been elaborated and annihilated and will be elaborated and annihilated indefinitely”. Here Borges quotes Hume, and helps the artist underpin the argument of the transitory quality of everything that is subject to the passing of time.

Part of Inma Femenía’s recent exhibition at Bombas Gens (Valencia), the installation titled Hold perfectly portrays Morris’ definition of Anti-Form. Femenía appropriates the shape of the plastic used by farmers in Almàserra to cover their crops, creating a PVC sculpture arranged in similar terms as when it is stored. Carrying the memory of wear and tear over time in its original functionality, materiality is presented as malleable and subject to the force of gravity. More than in any other place, it is here where time inhabits, thus incorporating indetermination and autonomy in the creative process.

Freedom from preconceived enduring forms and orders for things, grants an ephemeral component to the piece. Subtle nuances are multiple, and, going unnoticed, make the work a new version every time it is installed. Time factor thus is incorporated to the structure of the piece and ensures the spectator independence to experience perception. This ephemeral condition links the work with the artist’s discourse on the digital image. Femenía states that despite its immateriality, it is exposed to the erosion of overuse and, therefore, due to the passing of time. Specifically, Hold symbolizes the containers where we accumulate vast quantities of digital files and information with no clear or planned purpose.

Appropriation for Hisae Ikenaga is an opportunity to imagine a new possible functionality for certain everyday objects. She doesn’t necessarily give them a new use. It may be a sensation. The latter defines a type of perception that is not fit to a recognizable reality and that connects the spectator with materiality and the creation process of the work.

Ikenaga presents various pieces of her series Subtle Oblivion, Only Wood, Collages, and Fossils-Vases. In the first, the artist uses segments of tubular metal, laminated wood and everyday objects that appear as surprising details, as a subtle oblivion. The objects are related to installing art, exhibitions, and art collecting. For the second, the artist appropriates pages of design and architecture magazines that feature interior spaces. These are intervened cutting out all of the elements that are not made of wood, resulting in a composition where this is the only visible material. The Collages gravitate around the same discourse. Here she appropriates images of metal tubular segments. Finally, the sculptures from Fossils-Vases series represent everyday ceramic objects turned into fossils. With a human origin, these archaeological findings are impossible since not enough time has passed for physical-chemical processes to have an effect. Resulting materials from technical industrial processes and time are protagonists once again.

It is the memory of the items appropriated by Ikenaga that serves as facilitator for a reflection on the futile and transitory nature of everyday objects’ meanings and uses. The passing of time and its affection to mater is therefore the determining variable in the spectator’s experience of perception.

Inma Femenía (Pego, Alicante 1985) lives and works in Valencia, Spain. Her work has been exhibited in Bombas Gens (Valencia 2020), IVAM (Valencia, 2017), Praz-Delavallade (Paris 2017), Centro Párraga (Murcia 2016). In the last two years, her work has been acquired by diverse institutions such as DKV Collection, Per Amor a l’Art Foundation, and the Regional Government of Valencia.

Hisae Ikenaga (México, 1977) lives and works in Luxembourg. She has presented solo exhibitions at prominent institutions such as Matadero (Madrid 2011), Praxis International Art (New York 2011), and La Casa Encendida (Madrid 2009), among others. Her work is part of numerous collections: Centro Galego de Arte Contemporánea (CGAC, Santiago, Spain), Museum of History and Art (MNHA Luxembourg), and the Ministry of Culture of Luxembourg. She recently received the prestigious LEAP Award (Luxembourg Encouragement for Artists Prize) in its 2020 edition.