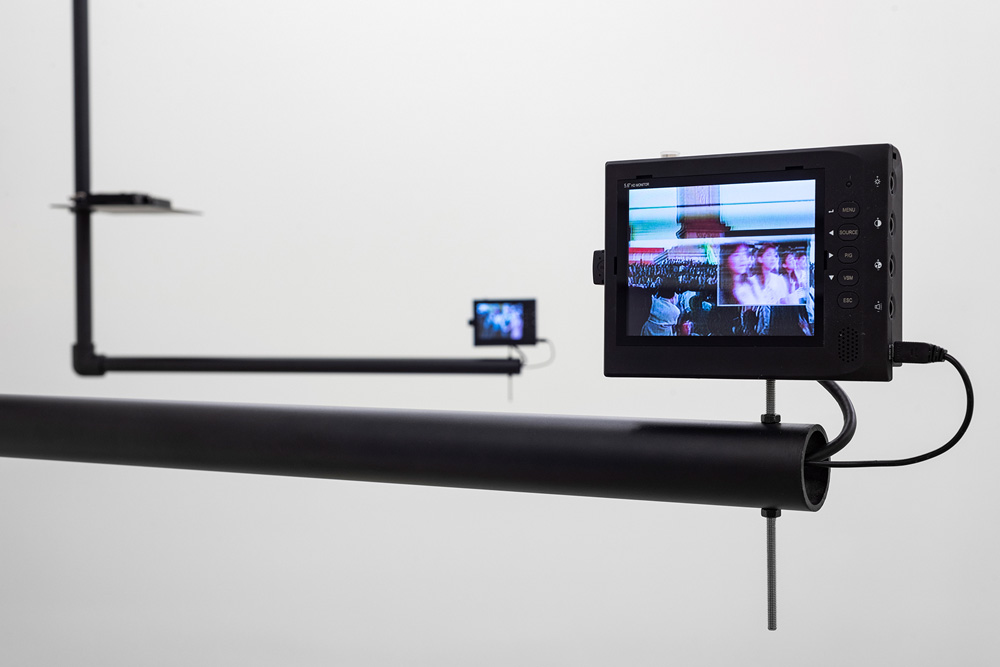 Throughout her career, Dara Birnbaum has made use of video appropriation of television broadcasts. Her career as a video artist began in the late 70s, after graduating from her studies in architecture and painting. Early pieces such as Technology / Transformation: Wonder Woman (1978–79), General Hospital / Olympic Women (1978), and Pop-Pop Video: Kojak / Wang (1980), use video broadcasts that the artist reinterprets for the purpose of analyzing television language.

It also includes content with a high political message. Canon: Taking to the Street (1990), for example, contains amateur video images of the march against gender violence that took place in 1987. Images of the riots of May 68 in Paris are also shown, making allusions to the power of street demonstrations. Although most of Birnbaum’s work is single-channel video, she has several multichannel video installations, such as Rio Videowall (1989), and Will-o’-the-Wisp (1992).